Tailor made software solutions for business

Today, January 13th, is Make your Dreams come True Day and this is how we made one of our dreams come true.

About 15 years ago, we had a dream to build a solar array in a field, to power our home and business. At the time solar panels were hugely expensive, and it was very difficult to work out how it could be justified. Then the government announced the Feed in Tariff (FIT) to encourage the installation of renewable energy, to comply with climate change commitments. It was still hugely expensive, but with the FIT and selling energy to the grid, the array should pay for itself within about 20 years. We jumped at the opportunity. We bought the field and started planning.

Our plan was to build a 150kW solar array. This was something new for our area of the Teifi Valley and, indeed for Wales at that time. We had to have survey after survey,  from visual impact to archaeology. We designed the scheme carefully to have the minimum impact, following the line of a hedgerow that had been previously removed, and we replanted the hedge behind the panels as part of the project.  We contacted our County Councillor, turning up at his place of work with two full arch lever files of documents to explain what we were doing.  Creating those relationships was a good thing, as the Government Announced that the FIT rate would be reduced by the end of July 2011 and so we needed to get our planning permission through as soon as we could, so that we could get started on the build and go live before the deadline.

The build was also a bit of a challenge as we needed a project manager with experience and eventually found, through a friend, an American company who were looking at the UK for work in this brand-new industry.  We found a local company to lay nearly a kilometre of copper cable using “The Mole” a machine which could dig, lay cable and cover it over.  What nearly ended the dream was finding someone to install the array. Luckily, in the next county, at about the same time, Glen Peters at Rhosygilwen was building his 1MW solar array and had a great company from the Czech Republic who came over and built our little array in no time at all. We’d have loved to have had local builders and project managers, but 10 years ago, there just weren’t any we could find in the time we had.

All was well, we were able to turn on our 150kW solar array before the end of July 2011. At that time, the second largest in Wales (Rhosygilwen was the largest, remember it was 10 years ago).

Our array produces enough energy to power 50 houses locally (which we sell to the national grid, but we are working on being a part of an energy local scheme where we can sell direct to our neighbours).

Since then, we have opened our second data centre here, for hosting our software and websites, which is 100% solar powered from these panels along with a 42kWh Tesla battery backup to cover times when there is no sunshine. 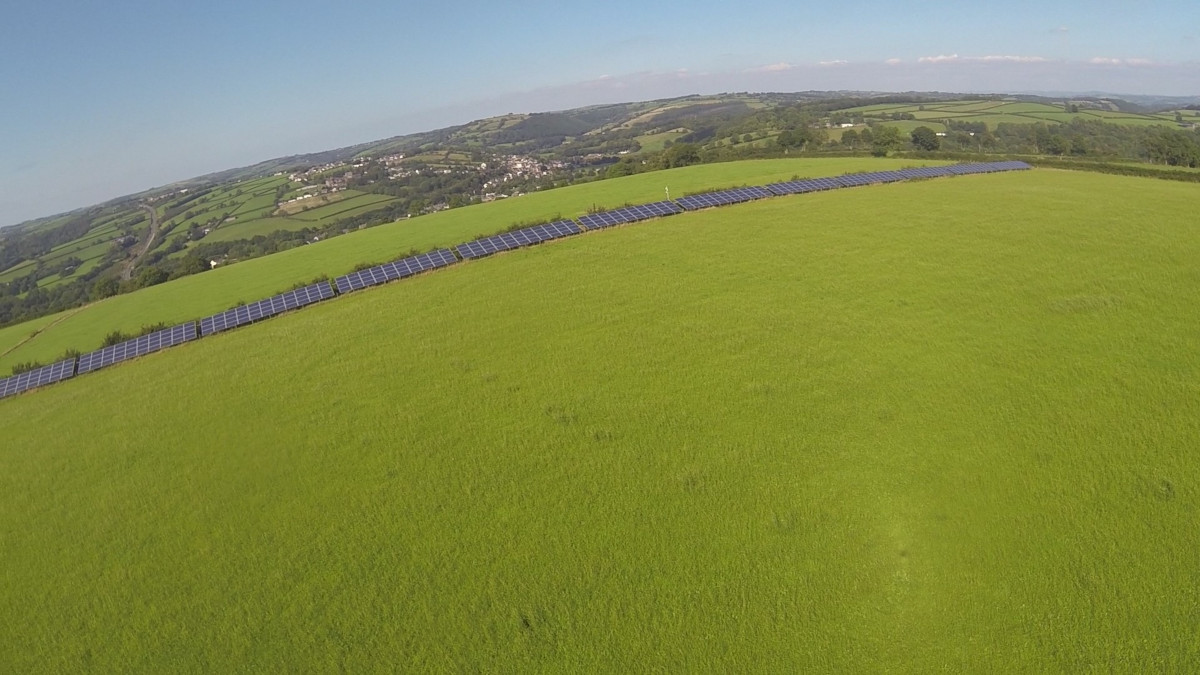